Skip to content
HomeBREAKING: The Wolves Just Beat The Warriors in OT

This feels like a stereotypical April fools joke. But it’s April 7th or something and I have finals. Regardless, the Minnesota Timberwolves just beat the Golden State Warriors in Overtime 124-117 in Oakland to prevent the Warriors from winning their 70th game of the season. Now, the Warriors have to win every game for the rest of the season to break the Bulls record. 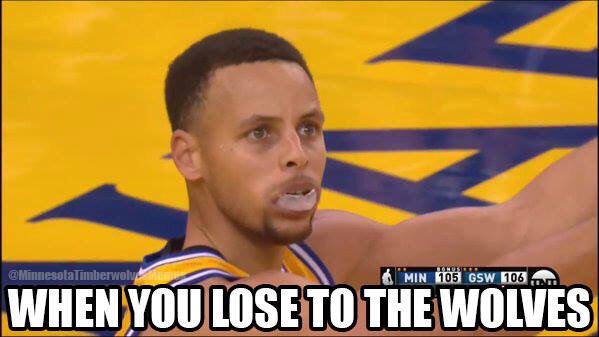 The Warriors were undefeated at home before they lost to the Celtics on Friday. So what happened

First off, the game wouldn’t have been possible without 35 points from Shabazz who scored early and often. A career high. He was the answer off the bench. Much needed.

Then there was Wiggins’ spin move which always triggers a ‘Like Sprewells, they spinnin!’ in my head. Wiggins showed up in the second half and in overtime to finish with 32 points and 6 steals. Wiggins was hustling and put it all out on the floor. Wiggins has come a long way from those James Posey comparisons.

Then there was KAT. The 5-consecutive Western Conference Rookie of the Month had yet again another double-double. Towns made some key plays down the stretch. Even one that got wiped off by a bizarre reverse of a charge. Casual 20 points, 12 rebound and 2 block night.

LaVine also turned it on late.

Anyways it’s late. I’m tired and not prepared for my finals. It’s worth it though. Good job young pups. Huge win.

One thought on “BREAKING: The Wolves Just Beat The Warriors in OT”