Skip to content
HomeBREAKING: Tom Thibodeau To Be Hired. Now What? 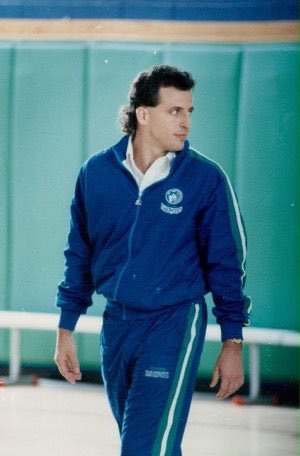 Time to learn to spell it folks. T-H-I-B-O-D-E-A-U. He will be the next Head Coach and President of Basketball Operations for the Minnesota Timberwolves.

The deal is said to be worth $10M per year for five years. Attached in the deal is Spurs Assistant GM Scott Layden who will become the Wolves General Manager. So that means, good bye Milt Newton. The Wolves were interested in Jeff Van Gundy and Mark Jackson as alternatives. Rumors swirled around Scott Brooks and Dave Jourger as well.

After the immediate dismisal of Sam Mitchell, Glen Taylor and the search firm Korn Ferry interviewed and now have hired a head coach just a week after the final game. Tom Thibodeau, known for being the defensive guru with the Boston Celtics when Garnett and co. won the championship, comes over in full control after being fired by the Chicago Bulls a year ago. The Bulls made it to the playoffs every year under Thibs, while this season they didn’t under coach Fred Hoiberg.

Thibodeau’s name was thrown around quite a bit in the middle of the season when a potential minority ownership group was looking to make a deal with Glen Taylor. Nothing came from it and folks moved on. As the Wolves finished the season strong under coach Sam Mitchell by beating the Warriors and the Blazers on the road, ESPN and others began hyping the heck out of this Wolves job. Its been said to be the most sought after job in the league. Thibodeau has been one of the most sought after head coaches that doesn’t have a job. Thibs also helped Derrick Rose become an MVP and Jimmy Butler an All-Star. It will be interesting to see what Thobodeau can do with the likes of Towns, Wiggins, LaVine, and the rest of the young Wolves.

In his previous life, Thibodeau was a long time assistant coach. He started his career ironically with the Timberwolves in their inaugural season (see pic above). He then was an assistant with the Rockets and Knicks under Jeff Van Gundy.

The main concern around Thibs has been his nature of driving players into the ground and overworking them. I am sure it has been brought up in interviews and if the Wolves have decided this quickly on Thibodeau, then (I hope!) the topic has probably been cleared. Glen Taylor does not want to see Towns or Wiggins’ careers ended early because of this move.

Now that the process is over, we will likely look back on this move as the inflection point of the Wiggins/ Towns saga. The Franchise will now begin to concave up or down. The slope positive or negative. Calculus talk for anyone who gets it. If Sam Mitchell was tasked with remaining the head coach, the franchise would’ve likely continued floating in the realms of mediocrity. Bringing in Tom Thibodeau for the priced that has been finalized means one thing. Championships. Taylor, Thibodeau, and the players that are a part of the core will begin building and fighting for a championship one day. The first step will be making the playoffs and ending the longest active streak of not making the playoffs in the NBA.

The immediate next steps are a few things. First, the draft. The Wolves will need to see what players are of interest and what the value around the league will be for the position in which the Wolves pick. Then, a roster evaluation will likely  be done. On the chopping block will likely be the likes of Shabazz Muhammad, Ricky Rubio and Adriean Payne. How does Thibs feel about these guys? Thibodeau will also have to hire a staff. Listening to Sam Mitchell this morning, it sounded like he was open to returning. What about Ryan Saunders? Ernie Kander? Then will be development and free agency. How will these guys improve through next season? What will be done with the cap space?

All this says is, it is going to be an awesome offseason and 2016-17 season. Keep following for more Wolves t-logs!