A post from our parent-blog Grass-Fed Sports by my brother. Check it out! We could see a Wolves/ Knicks finals one day… 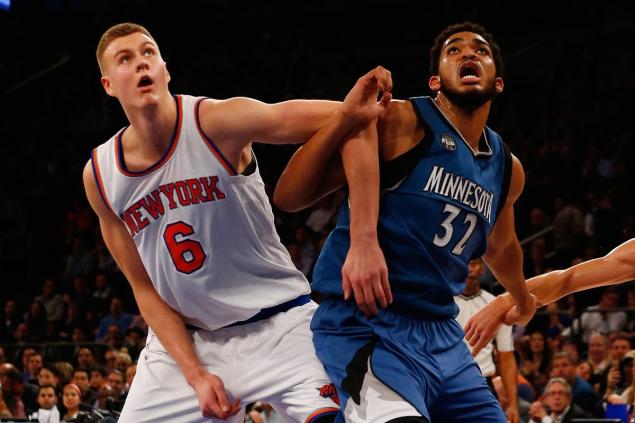 Is there a future West vs East rivalry brewing?

Kia NBA Rookie of the Year Karl-Anthony Towns of the Minnesota Timberwolves and Kristaps Porzingis of the New York Knicks have been unanimously selected to the 2015-16 NBA All-Rookie First Team, the NBA announced today. Both players received all 130 First Team votes from a panel of sportswriters and broadcasters in the United States and Canada.